It’s easy to throw words around in order to stand out from all the rest. This isn’t the case at Dreem, where integrity and scientific rigour guide everything that we do. So when we talk about the “lab-level precision” of the Dreem headband, we really mean “lab-level precision”. As in, it’s clinically proven.

Today is a very exciting day for us , because we can finally, after 6 months of study,  announce some big news. The publication of a clinical trial that shows that the accuracy of our Dreem headband is equivalent to that of polysomnography (PSG).

To explain why this is big news it’s perhaps important to give a little context. Anyone who’s ever been to a sleep clinic is all too familiar with PSG.  This tangle of wires, electrodes and machines that has been considered the gold standard of sleep measurement since the 60s. While the accuracy of the PSG’s reading is undeniable, it is uncomfortable for the wearer. What’s more, it’s costly and resource draining for healthcare providers.

The aim of this study, made in partnership with the Fatigue and Vigilance Unit at IRBA (French Armed Forces Biomedical Research Institute), was to assess the Dreem headband’s signal acquisition and the performance of its in-built sleep staging algorithms compared to a PSG scored by 5 sleep experts. 31 subjects completed an overnight sleep study in a sleep center wearing a PSG and a Dreem headband at the same time. The following were tested:

EEG signal quality between the PSG and the Dreem headband: 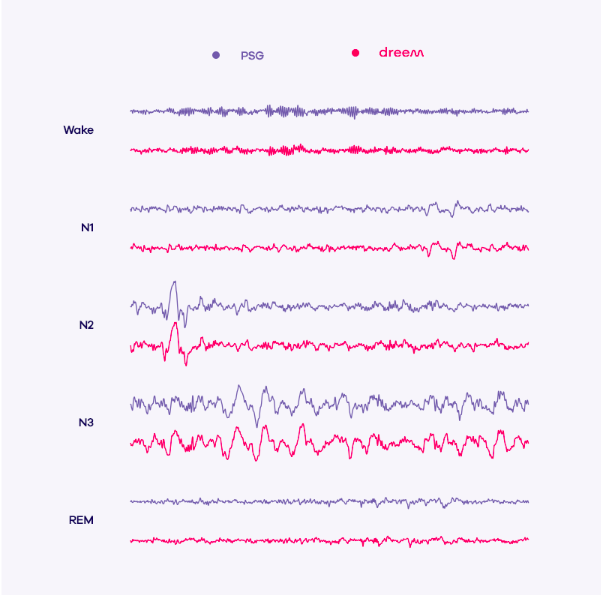 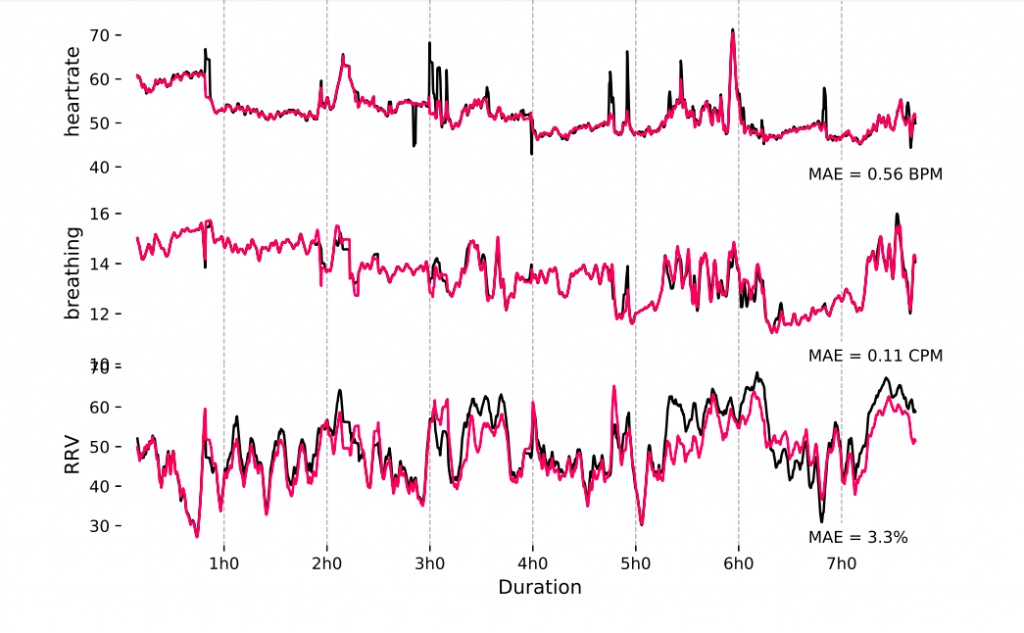 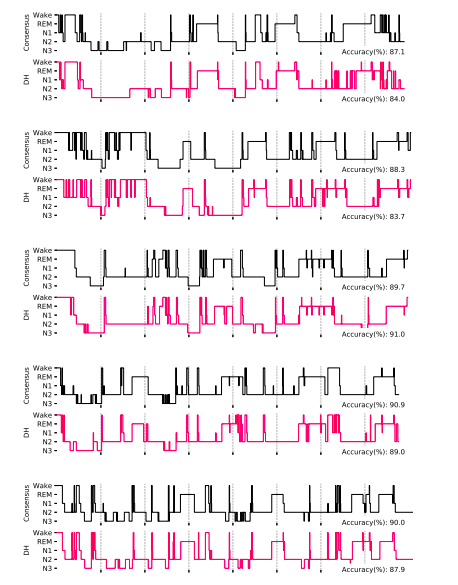 Across the board, the Dreem headband showed equivalent precision to both the reading of the PSG and the manual scoring of the 5 sleep experts.You can find the study in its entirety here:

This study shows the uniqueness of Dreem. Dreem is providing an affordable, user-friendly and lightweight way to measure sleep for consumers and a much needed tool with the potential to change not only the future of sleep science but also research into other domains.

Why can’t I sleep?

"Why can't sleep?"- I'm lying in bed, wide awake, the minutes until morning slipping away. No matter how…