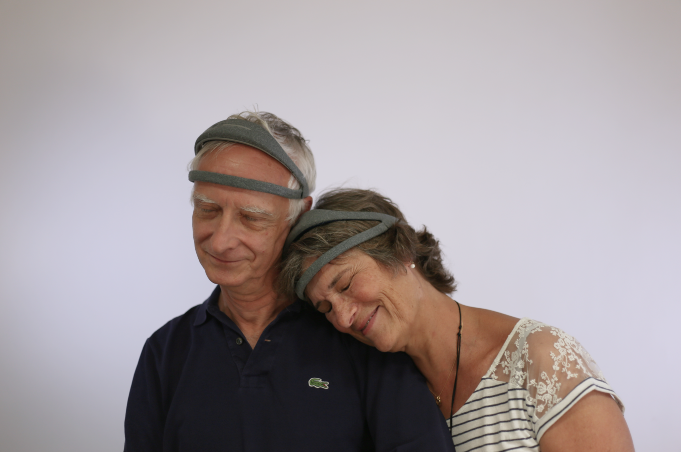 “In my first nights, deep sleep percentage was lower than the one I currently reach.” Yannick and Dominique, 109 and 147 nights with Dreem

Hi Yannick! Hi Dominique! How did you learn about the Dreem Band?

Yannick: I think it was on the internet in a tech newspaper, online somewhere. I’m following all the new high tech products coming out, even at my age! As my wife is a nurse, we are interested in health tracking, prevention etc.. At our age, we believe that prevention is better than cure, and we want to keep a healthy lifestyle.

Your first night with the Dreem Band? How did it go?

Dominique: When I got it in my hands, I thought: “It’s big, can I really sleep with that ?” But as I touched it, it was actually quite soft and flexible. I put it on my head and it didn’t lose any sleep over it. Of course, I needed to adjust a bit. But after 2–3 nights, I didn’t feel it anymore. I think I got used to the headband quite quickly.

Yannick: Me too, I was surprised to see how fast we got used to it. After 2 or 3 nights, it was done. And now… Well, one night I didn’t wear it and it felt weird! It was like there was something missing on my head!

Did you use other trackers to compare?

Dominique: Yes we did! Analyzing brainwaves seems to be way more efficient. We use the Sleep App on the Apple Watch in parallel, which is based on movement. So if I don’t move during the night, for example, if I’m not sleeping and I’m trying to relax in bed, the watch will think I’m in the deep sleep stage. But with the Dreem headband, it’s well marked in orange in the morning report: “Awakening stage”. 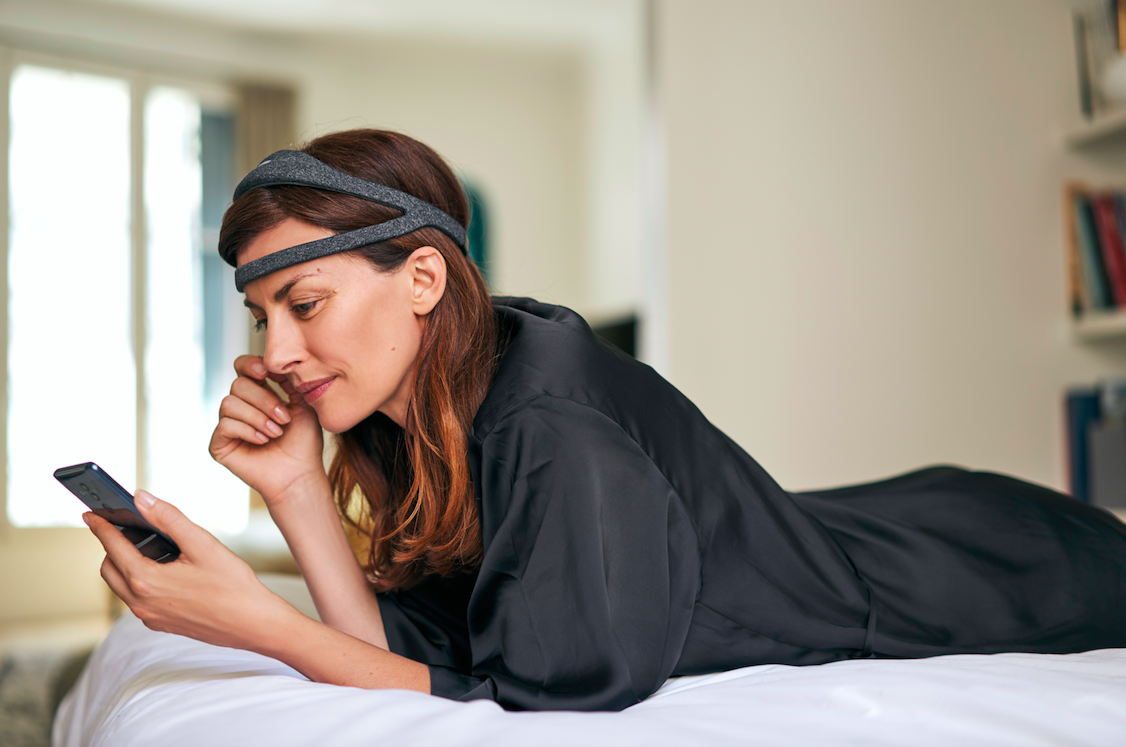 Do you often go on the Dreem application?

Dominique: Yes! As soon as the headband is synced with the Wifi in the morning we download our sleep data. My husband is even making Excel tables to analyze everything!

Did you learn more about your sleep with the Dreem Band?

Dominique: Yes, we’ve realized that our sleep pattern has evolved. Personally, in the beginning, my deep sleep percentage was low. It has really increased since then.

Did the Dreem Band change your sleep?

Yannick: I noticed that beforehand I used to wake up at least once a night. It is very rare now. So the headband has had a positive effect on me.

To conclude, are you satisfied with the Dreem Band?

Yannick: Yes! You’re also present in the US, it’s great to see the birth and success of a French startup! It’s exciting.

Dominique: Yes and we participated because of your reliability. We thought: “It’s not a load of rubbish.”

Thanks, Yannick and Dominique for sharing your thoughts about the Dreem headband!