We spend about a third of our lives sleeping. And yet, we know so little about it. The different sleep stages, their functions, sleep’s clear benefits. To better understand sleep, we need to understand what happens in our brain and body when we sleep. 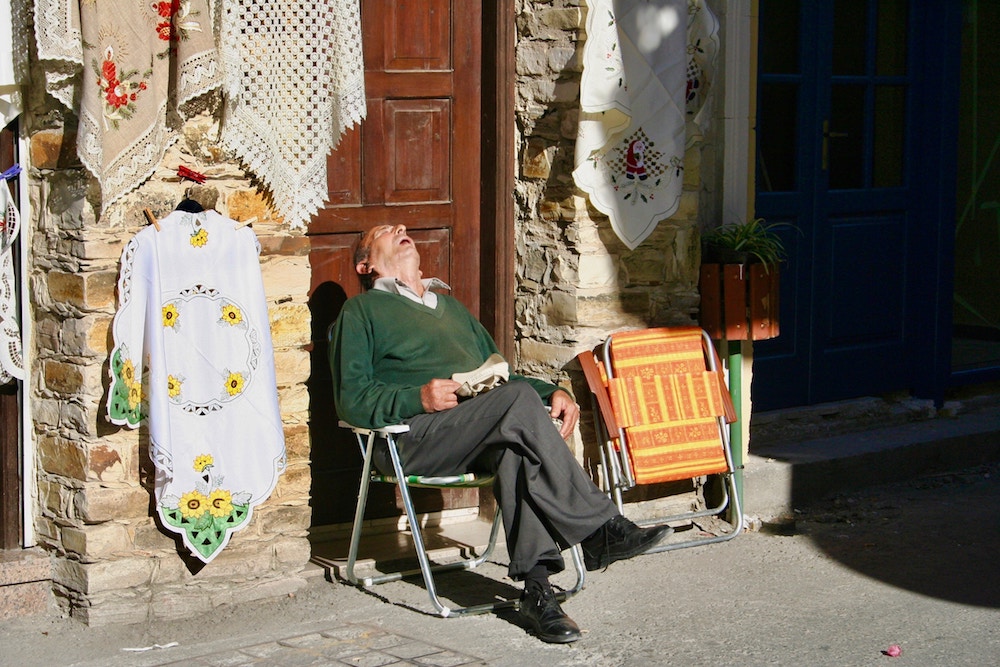 Today we take a deep-dive into the science of sleep stages, their associated benefits and a little debunking a long the way.  We’ve also thrown in a dash of historical context for good measure. Enjoy!

The creation of sleep stages

Hans Berger, a German researcher, is one of the pioneers in this exploration of brain activity. In the 1920s he discovered that our brain cells, neurons, are activated in a rhythmic way. It’s like a lighthouse guiding sailing boats. He then developed a system of sensors placed on the scalp to record this signal. Based on these records, which he called electroencephalogram (EEG), he showed that the cerebral activity varies in frequency and amplitude according to the different states of wakefulness and sleep. Berger then described the different stages of sleep according to the shape of the recorded waves. The most well-known are undoubtedly the alpha waves. They are characteristic of the state of your brain when you are awake but at rest, with your eyes closed.

Almost 100 years later, these signals are still in use. But to determine more precisely sleep’s stages, physicians now follow several physiological parameters at once. Sensors placed on the surface of the skin detect eye movements (electro-oculography, EOG) and muscle tone (electromyography, EMG) in addition to the most important kernel — our brain activity (EEG). This multiple recording, polysomnography, is annotated by hand by expert sleep technicians to identify the different stages.

The sequence of these different stages during the night can then be represented by a hypnogram. It’s a simple graphic representation, the movie of your night so to speak.

So what happens in your brain during the night?

Since Berger’s classification, the nomenclature has evolved considerably. According to current conventions established by the American Sleep Association, you typically go through four different sleep stages.

We dug into our database of night recordings to illustrate these different stages of sleep. Let’s take a closer look.

Comfortably lying in your bed, eyes closed, you begin to relax.

You begin the transition between the waking state and light sleep. You fall asleep and this stage, stage N1, typically lasts about ten minutes. Your brain activity slowly decreases. While your brain emitted at first alpha waves, which appear as soon as you close your eyes, it slips to waves of lower amplitude and lower frequency, theta waves. Your muscle tone gradually decreases. Your muscles relax, causing unintentional muscular movements in some people and the impression of falling off the bed. 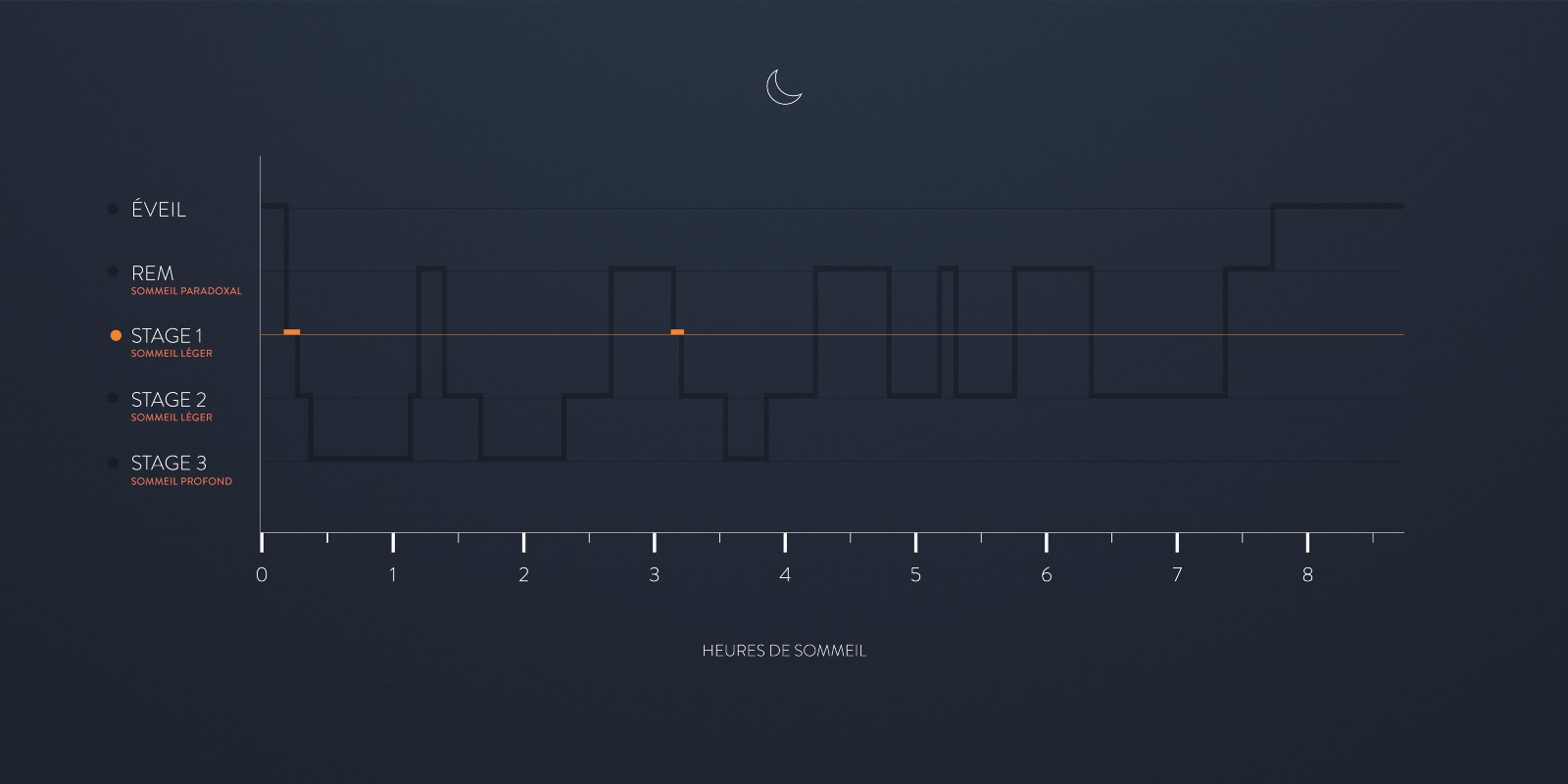 Another characteristic of this stage, your eyes move slowly under your eyelids. This movement will disappear as you drift into the second part of this light sleep, stage N2. It’s the stage of confirmed sleep. The cerebral recordings show characteristic figures which make it possible to assert that you are sleeping: within the theta waves appears sudden “puffs” of rapid rhythm waves (“sleep spindles”) and peaks of great amplitude (K complex), a little bit like ripples caused by a bird plunging on the surface of a lake.

Together, these stages form what you know as “light sleep”. It accounts for more than 50% of your total sleep time. Awakened during this phase, half of the good sleepers and 80% of bad sleepers will say they have not slept.

You then enter deep sleep. Also called stage N3, it’s during this stage that your neurons synchronize, consolidating your declarative memory. It is the type of memory that allows you to consciously remember a fact and recall it (“Remember when we  rented a cottage in the mountains for Jim’s 28th birthday?”).

This stage is also associated with the physical recovery of the body. This is the time when growth hormone is secreted and toxins accumulated in the brain are eliminated. For a young adult, it occupies 20 to 25% of your night. It is recognized thanks to its slow and ample waves. It’s during this phase that you have the greatest risk of sleepwalking or getting to talk about your secret plans to surprise your partner. This stage is one of our main area of focus at Dreem. It’s its quality that we’re aiming to improve by targeted stimulation. 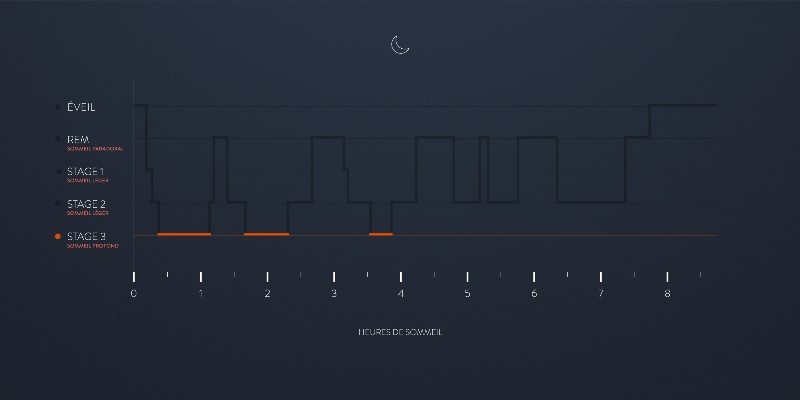 Throughout this dive into sleep, your brain activity is slowing down and the difficulty of waking up increases. Besides, awakened in deep sleep, you will feel disoriented for a few minutes, a little foggy. Remember that groggy feeling when you wake up on the “wrong side of the bed”? That’s exactly it. This is what clinicians and specialists call sleep inertia.

Your brain then makes a return to light sleep. It leads in turn either to an awakening or to paradoxical sleep. During this last stage, the activity of your brain is similar to that of awakening or the onset of falling asleep. Your body, on the other hand, is almost paralyzed, except for the eyes that roll quickly under the eyelids.

It is called the REM stage because these rapid eye movements are characteristic. Because of this apparent paradox between a very active brain and an immobile body, this phase has historically been called paradoxical sleep. It is during this part of the night that the motor skills of the day are consolidated. It is also at this moment that organized dreams appear incoherent history. Well, coherent in the dream world! The first episode of paradoxical sleep will appear after about 1h30 of sleep and lasts only a few minutes. It’ll last longer as the night passes by. This stage occupies a total of 20 to 25% of your total sleep duration. 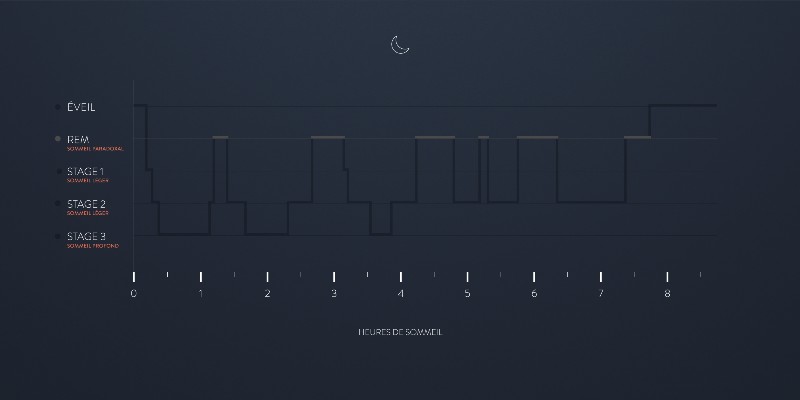 From sleep stages to cycles.

One last characteristic of our sleep structure is the so-called “cycles”. In a young and healthy individual, the different stages will form a sequence of 90 to 120 minutes, depending on the sleeper. According to the duration of your night, 4 to 6 sequences are going to succeed one another, but they will not be identical. At the beginning of the night, deep sleep is going to be the majority, whereas it is the paradoxical sleep which predominates at the end of the night.

Its structure is therefore not as rigid as it seems when you hear about cycles. More importantly, it will evolve constantly throughout life, from the embryonic period to the great age, depending on people and external events.

As Covid-19 spread and countries went one by one into some form of lockdown, daily life changed…

Best foods to eat before bed

Food and sleep both play important roles in our daily lives. But what are the foods that help…